CFI is pleased to offer this new seminar in collaboration with guest scholar Dr. Steve Simms.  After serving as faculty for CFI’s  Eastern Bookcliffs Archaeology for several years, he proposed this longer exploratory trip that will focus on “the northern periphery” of the Puebloan world – beginning with the Archaic Barrier Canyon culture and later Fremont and Ancestral Puebloan interactions in the region.

We will base a few nights in Professor Valley, 40 minutes up the Colorado River from Moab, the home of CFI’s rustic Field Camp.   Our day trips will travel west out towards Canyonlands and also in riparian areas near Moab to see rock art and evidence of prehistoric occupation spanning thousands of years.  Then we will base the remaining nights south of the mountains to explore sites in the Canyon Rims area, and pending approval by the Bureau of Land Management in the Indian Creek unit of Bears Ears National Monument.  Our experts provide context, connections and pertinent anthropological research. Most hiking will be short stretches from vehicles with one or two hikes, 2-4 miles round trip maximum. Walking routes will include uneven ground, short steep hills, across slickrock, and hops across shallow creeks. There will be both field camp tipi camping, campground tent camping and later commercial B & B cabin lodging with showers available. All the overnight locations can accommodate an RV with no hookups available. Please inquire about that option.  Delicious meals will be providing throughout with certain diet choices. Covid 19 outfitting protocols are in place with specific transportation options and other modifications announced as the seminar date approaches. 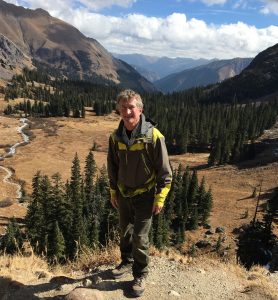 Dr. Steven R. Simms is Professor Emeritus of Anthropology at Utah State University, Logan, Utah where he taught starting in 1988. He has done archaeological fieldwork across the United States and in the Middle East for 45 years. His areas of specialty are the prehistory of the Great Basin and Colorado Plateau, human behavioral ecology, and archaeological method and theory. Simms has authored over 100 scientific publications, technical reports, and monographs. His books include Ancient Peoples of the Great Basin and Colorado Plateau (2008), and Traces of Fremont: Society and Rock Art in Ancient Utah (2010), and currently in preparation,  Looking for Houses: Making Whole the Lithic Scatter of the American Desert West.

Mr. Jeff Clapp  grew up in New England, attended Denison University in Ohio, served as an officer in infantry and special forces for the U.S. Marine Corps.  He went on to earn a M.S. degree in International Management. In 1992 Jeff left “big business” and co-founded a small company that built and operated indoor climbing gyms in Utah, California and Nevada.  Over the years, Jeff has climbed and mountaineered on many continents. Now in semi-retirement, Jeff pursues his intense interest in native cultures through extensive reading, research and hiking frequently in remote parts of the Four Corners canyon country. He has documented hundreds of cultural sites in the La Sal area, providing site data to scholars including Dr. Simms,  and agency archaeologists.  Jeff and his wife live in Moab.

From Dr. Simms about Ancient Peoples of the La Sal Borderlands:

The deep past was not a sequential history of bounded “peoples”  but rather was an inexorable interaction of peoples over generations. Immigration was not an event, a one-shot deal. Rather, residential cycling was the persistent pattern. The La Sal area saw interaction with larger populations of Fremont farmers to the north (Book Cliffs, Range Creek) as well as Puebloan farmers to the south (Great Sage Plan, Mesa Verde.) Hybridization is not quite accurate, but a Frontier where people of different heritages are thrown together and end up learning each other’s lifeways, languages, beliefs…where children learn to make a basket from a mother of one heritage and an aunt from another heritage, and then the basket has attributes of multiple traditions. This is a place where farming can fail, especially in some decades and some people might leave while others shift to a foraging lifestyle.

The story I hope to tell is one of real lives of real people, not just a sequence of what tribe and “culture” lived where. It is also about change over the life history of individuals , not a static, unchanging traditional past. The beliefs of people about ethnicity and symbolism arose from those interactions,  not the maintenance of strict boundaries. There are valuable messages for our own times. 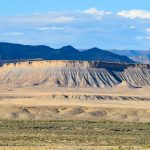 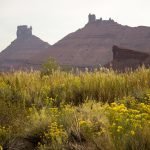 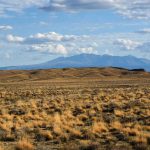 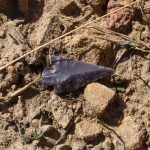 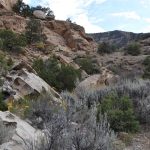 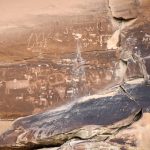 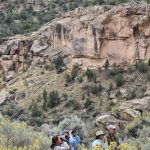 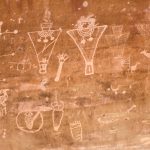 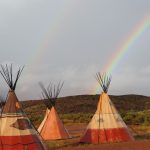 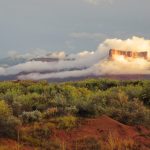 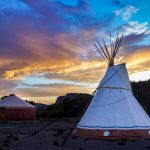 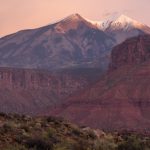 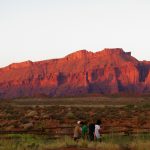